How do you categorize music? 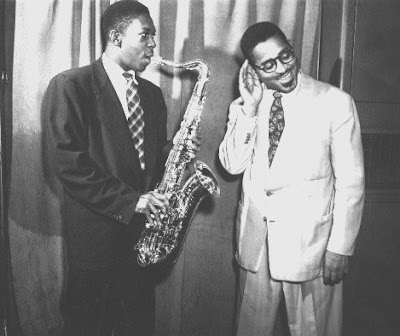 It's often asked how one categorizes music. "Guess what, that electronic sounding track you're listening to, well it's actually fall under the 'micro-house' category. Nope not electronic music, not techno but 'micro-house'." Most people brush off statements like this, however it's important to note that this way of classification happens not just in electronic music, but all forms of music.

People appear to agree as what are prototypical songs for musical categories, such as "jazz music", "country music" and "rap music". However, within these categories we all know certain songs or groups that are lesser examples than the prototype: the Beastie Boys aren't really rap, Frank Sinatra is not really jazz, or at least not as much as John Coltrane is.

How do we know this? Why are we able to define music?

One hundred years ago, Philosopher Ludwing Wittgenstein supplied an answer: categorical membership is determined not by a definition, but by family resemblance. Let's use an example then of defining music by definitions. We could say that heavy metal is a musical genre that has (a) distorted electric guitars; (b) power chords; (c) loud drums; (d) sexy lead singers, usually shirtless, dripping sweat as they twirl the microphone stand around the stage and (e) frightening band names like Black Sabbath, Spinal Tap, or The Sword.

Although most heavy metal songs do have distorted electric guitars, so does "Beat It" by Michael Jackson - in fact, Eddie Van Halen(a heavy metal god) plays the guitar solo in that song. Even the Carpenters have a couple songs with distorted guitars, yet no one would call them "heavy metal". Led Zeppelin - the quintessential heavy metal band and the band that spawned the genre - has several songs with no distorted guitars at all("Down by the Seaside", "Going to California", "The Battle for Evermore"). "Stairway to Heaven" has no power chords, yet remains a heavy metal anthem. There are no heavy, loud drums either (or distorted guitars for that matter). Metallica is a heavy metal band, yet I don't think anyone would think the lead singer, James Hetfield, sexy. And band names such as Underworld, Burial, Monolake, and Plastikman sure sound dark and scary, right? Actually, these are all artists who produce music on their computers, with no distorted guitars or singers, just lots and lots of bass for people to dance to.

The point here is that definitions of musical genres are not very useful. We say that something is heavy metal if it resembles heavy metal - a family resemblance. In other words, keep listening.
Posted by Matt at 5:45 PM