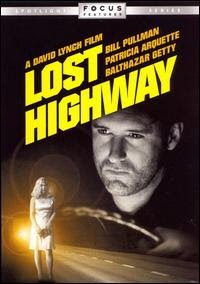 Opera composers have turned to just about any source available for their work: ancient mythology, the Bible and other sacred texts, epic poetry, folktales, drama, novels, short stories, history and many have created their own original plots. It’s somewhat surprising, then, that cinema has taken so long to catch on as a source for new operas.

This summary taken from AllMusic:

Lost Highway might seem like an odd choice for adaptation to the operatic stage. By almost any measure, the film would be categorized as a “cult classic,” one of the darkest, most disturbing, and most narratively obscure films by any major director. The subject of endless debate, the film raises questions about reality versus fantasy and offers few certainties about its meaning. It leaves the viewer wondering not only “What was that supposed to mean?,” but “What just happened?” The film involves an affluent, unhappily married California couple, Fred and Renée Madison, who receive a series of increasingly intrusive and creepy videotapes, which someone has taken inside their house while they slept. At a party, Fred meets a Mystery Man, who has the unnerving ability to be two places at once — at the party and inside the Madison’s house — simultaneously. The next day Fred receives a videotape of himself, bloodied, beside Renée’s mutilated body, but he has absolutely no recollection of it. He’s sentenced to death for her murder. One day, the prison guards discover that the man in his cell is not Fred, but a young mechanic named Pete Dayton. Pete has no idea of how he came to be in prison; he’s released, and returns to his job in a garage, but detectives follow his every move. He disastrously falls in love with Alice (a thinly disguised version of Renée), the mistress of his sinister and violent mobster client, Mr. Eddy. To escape Mr. Eddy’s wrath, Alice leads Pete on a murderous crime spree and then abandons him in the desert, where Pete is somehow transformed back into Fred Madison. Fred discovers Alice in a motel room with Mr. Eddy, kidnaps him and takes him into the desert. They fight, and Fred cuts Mr. Eddy’s throat as the Mystery Man looks on, videotaping everything. The movie ends with Fred, pursued by the police, fleeing down the desert highway.

Lynch’s movie is a marvel of visual and thematic leitmotifs that often obscure, rather than clarify meaning or relationships. It’s so packed with barely glimpsed images, mysterious connections, and enigmatic details (that may or may not be significant) that it demands to be seen repeatedly. Lynch has vigorously asserted that the movie can’t (and shouldn’t) be comprehended on a rational level. If it has a logic, it’s an intuitive logic that would lose its essence and mystery if it could be explained. Since music can do its most powerful work on a subconscious level, Lost Highway makes an entirely logical choice for an opera. And based on the resulting piece, it’s clear that Neuwirth was just the composer to make it work. She succeeds because she takes the same approach to the material as Lynch does; her music doesn’t “clarify” the story, or tie plot elements together, but it operates on the same subliminal, non-rational level as the film, enriching it with yet another layer of mystery. Like the film, the music may not make sense to you, but you know that you’ve been punched in the gut.

The film’s soundtrack was written largely by Angelo Badalamenti, one of Lynch’s favorite collaborators, and also includes songs performed by David Bowie, the German industrial metal band, Rammstein, Trent Reznor, Lou Reed, and Barry Adamson. Badalamenti’s ominous soundscapes are the perfect accompaniment to Lynch’s dark imagery, but they are so low key that they rarely draw attention to themselves. The amorphous, subliminal creepiness of his score make it clear that he has absorbed some of the same modernist techniques as Neuwirth. Neuwirth doesn’t mimic the sound of the film, but some moments, like the Badalamenti-esque treatment of Alice’s entrance mentioned above, sound like an homage to the searing cool jazz that’s the hallmark sound of much of Badalamenti’s work for Lynch.
Posted by Matt at 11:56 AM